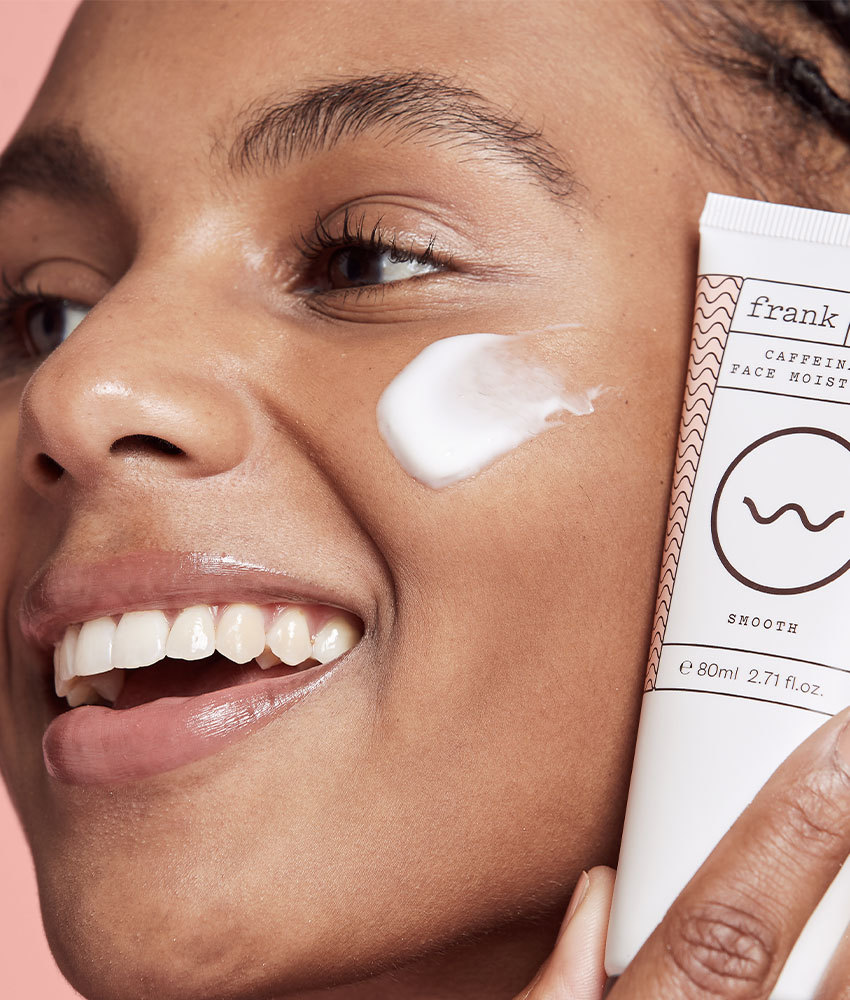 Ancient Egypt. Cleopatra was known to apply olive and palm oils to her skin to maintain her air of soft youthfulness.

Due to a lack of understanding and ingredients, Egyptian Queen Hatshepsut experienced death by moisturiser when she adopted a skin regime that included hefty amounts of toxic tar residue…

Australian Aborigines decided to end the dry spell. They used Emu Oil, made from a pad of fat from the bird.

Americans discovered lard which has been an ingredient in skin moisturisers for centuries to relieve dry skin.

Vaseline was invented. It became the base for a range of moisturisers. Don’t get too excited babe, this popular product was originally made from oil-rig residue, left over from machine pumps…

Anita Roddick, developed ‘body butter’ a thick heavy cream made from better things like nut oils in her kitchen. It’s still a bestseller.

I made a Caffeinated Face Moisturiser.

And babe lived happily ever after.

Check In
Free sample on me. Take your pick, babe.